To all the Iracing enthusiasts around the world, Hello!
Season 1 2017 is just around the corner and I would like to share a couple thoughts on how to boost the fun for at least the first three months of the upcoming year keeping a careful eye on your wallet.

Whether you just joined the community recently or you've been racing in it for long time, you most certainly reach the point where you start feeling that the basic package of cars and tracks offered by the subscription is not enough anymore. Maybe you wanna try to take on the wheel of a new, more challenging car, maybe you would like to test your skills on that track that you really like, maybe you are tired of hoping for the best when joining a Rookie Class Race. Maybe you just feel you are ready for the next level.

If you find yourself in a situation where you don't feel comfortable buying off all the contents available at once (it comes down to a lot of money!) But you still wish to expand your playing potential, here some suggestion to you.

First thing first, allow me to list some considerations that will explain my process of thoughts in finding the best value package for this season:


That said, after running some research, I found the best use for your buck! Here's the package that I choose and the reasons behind it. 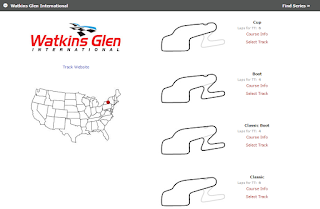 TRACK N.1: Watkins Glen will be hands down the most used track in Season 1 2017. It will appear in 15 out of 18 scheduled series. On top of that, if you are a Class D driver you could race it in the Gran Touring Cup, Spec Racer Ford Challenge and Global Challenge, with cars that you already own (!). C class drivers will have an additional race available in the Advance Mazda Cup Series. 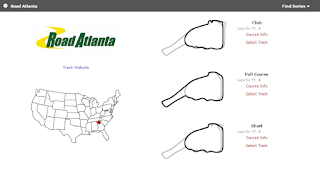 TRACK N.2: Road Atlanta qualified second in the ranking for most used tracks in 2017 Season 1, together with Sebring and Spa-Francorchamps. However, it takes the second spot in this package because it guarantees two more racing weeks to drivers in Class B in the Gran Touring Cup and Spec Racer Ford Challenge plus an additional one for C drivers in the Advanced Mazda Cup, with cars from the basic package.

Both tracks also made this package because of their racing potential when combine with the selected car that we are going to show now. 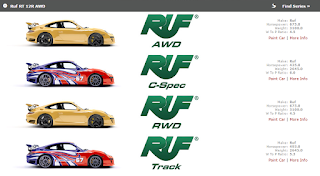 .....and here's the amount of extra racing gained by purchasing this package:

For a total of 22 more weeks of racing guaranteed for the next season, plus the availability of tracks and car for the following seasons as well, for $37.66. Isn't that reasonable?

Stay tuned for more tips and suggestions and leave a comment!
Posted by OVERTAKE at 11:44 AM

Email ThisBlogThis!Share to TwitterShare to FacebookShare to Pinterest
Labels: Simracing